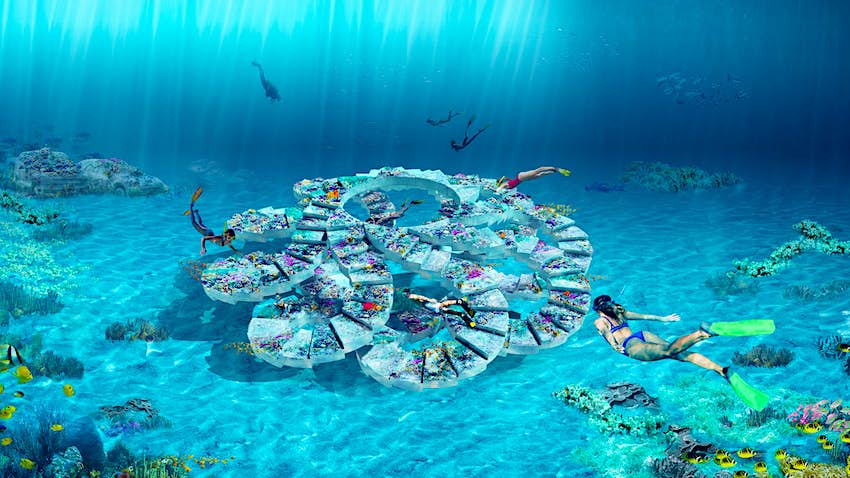 A new underwater sculpture park is coming to Miami Beach. Called the ReefLine it will function as an artificial reef to protect and preserve Miami's marine life, while serving divers as a dazzling underwater snorkel trail.

Following the news that The Underline is set to open in Miami, there's now another new compelling reason to visit The Magic City when the ReefLine launches. It's a seven-mile underwater public sculpture park, snorkel trail and artificial reef that will debut in December 2021 off Miami Beach’s shoreline, providing a critical habitat for endangered reef organisms, promoting biodiversity and enhancing coastal resilience, according to organizers.

The project was conceived by artistic director and Miami-based curator Ximena Caminos. She's joined by architect Shohei Shigematsu, from OMA New York, who will design the ReefLine’s masterplan, as well as the distinct stair-shaped sculpture within it, collaborating with marine biologists, researchers, architects, and coastal engineers from Coral Morphologic, the BlueLab Preservation Society and the University of Miami.

The project will be completed in phases, with the first mile slated to open next December. Designers will construct the reef using concrete and limestone, materials that are chemically similar to natural reef.

When it opens next year, the reef and sculpture park will host permanent installations by Argentine conceptual artist Leandro Erlich, and Shohei Shigematsu. Subsequent commissions will be provided by Brazilian artist Ernesto Neto and Argentine artist Agustina Woodgate. All will share a common theme centred around climate change and the environment.

Artistic director Ximena Caminos said the project will demonstrate to the world how tourism, artistic expression, and the creation critical habitat can be aligned. "The ReefLine is a singular investment in civic infrastructure, public art and environmental protection that will pay dividends over the coming decades and attract ecologically-minded tourists and art lovers to Miami," she added.

While OMA's Shohei Shigematsu said the team is excited to collaborate with Ximena on a project that brings together culture and community. "The ReefLine is unique because it brings attention to and mitigates the dangers of climate change in Miami, while simultaneously enriching the city’s vivid art scene," he said. "We look forward to working with the diverse group of experts and professionals on our first underwater cultural masterplan and sculpture."

"A thrilling new way to experience the Great Barrier Reef": Exploring Australia's Museum of Underwater Art
The many lives of Miami’s South Beach, a district on show
The Dominican Republic has established an underwater museum 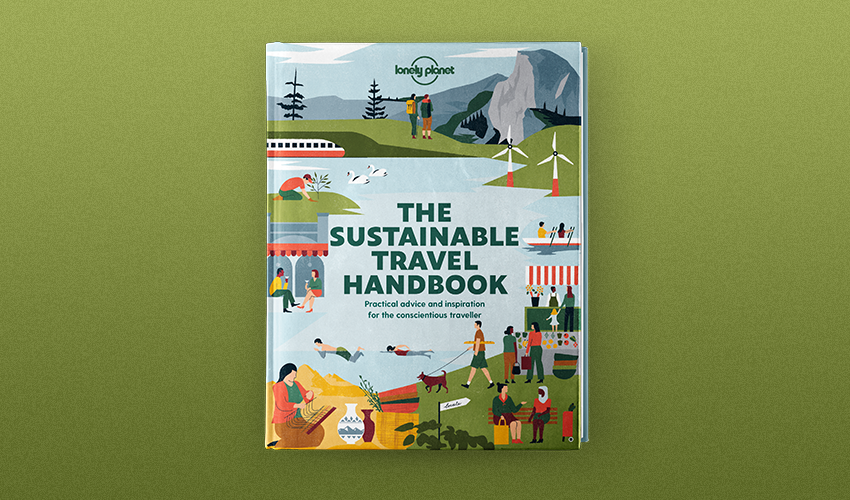 This practical and inspiring guide motivates travelers to take a responsible approach to the impact of traveling.

7 min read • Published in about 3 hours

7 min read • Published about 2 hours ago

3 min read • Published about 2 hours ago

5 min read • Published about 2 hours ago