EU digital COVID certs are changing for travel: here's what you need to know 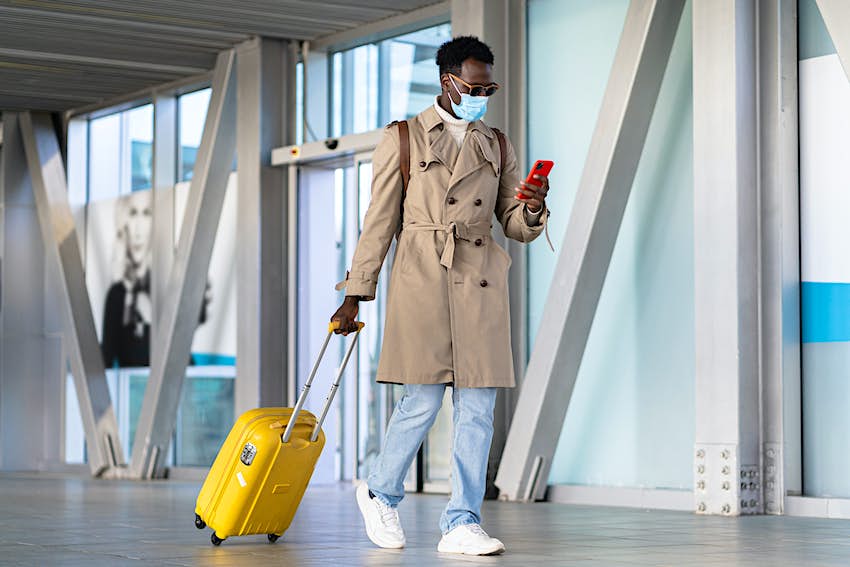 The European Union has agreed to place a nine-month time limit on the validity of the current COVID certificate for travel, which means they will expire nine months (or 270 days) after the holder received their last dose of the primary vaccination cycle.

Starting February 1, people who use the EU digital COVID cert to show their vaccination status to travel in the EU will need a booster shot if nine months have passed since they completed the initial round of vaccines. That is nine months after the holder received their second shot of an mRna vaccine including Pfizer, Moderna or AstraZeneca, or nine months after the one-shot Johnson & Johnson vaccine.

For those who have recovered from the virus, the current cert will expire nine months after their first and only vaccine shot.

The certificates allow holders to easily present their vaccination status to cross borders across the EU during the pandemic. As well as vaccination status, the certs show if the holder has recovered from the virus or has recently tested negative for it. When they were introduced in June last year it was up to member states to decide how long to accept the vaccination certs for travel, but the new rule on validity will be binding on all 27 EU member states following sufficient support for it.

"The nine-month period takes into account the guidance of the European Centre for Disease Prevention and Control (ECDC) on the administration of booster doses as of six months, and provides for an additional period of three months to ensure that national vaccination campaigns can adjust and citizens can have access to boosters," the European Commission said last month.

Do I need a new cert for travel?

The rules come into effect on February 1 and many governments have already begun issuing citizens with new certificates to include their booster shot information. Those who haven't received a booster shot but who had their last jab within the past nine months will still be permitted to use their current vaccination certificates for travel. Those who are unvaccinated can continue to travel by taking a negative COVID-19 test.

Is the new certificate required to enter venues?

As well as allowing people to present their vaccination status for travel, many member states require the certificates from people to gain access to restaurants, gyms and many other venues across Europe. The new rules on the validity of the passes only affect how they're used for travel, it's up to individual countries to decide if they want people to be up-to-date with their booster shots before being granted entry to certain venues. Though some countries, such as France, have already agreed that people who are eligible for booster shots will need to get one in order to validate health passes that are used to access restaurants, cafes, museums and public transport.

"The new rules on the acceptance period of vaccination certificates apply for the purposes of travel. When introducing different rules to use the certificates at national level, member states are encouraged to align them to these new rules to provide certainty for travellers and reduce disruptions," the EU Commission has said.

Do non-EU travelers need a booster to be considered fully vaccinated for travel in the EU?

The new rules only apply to the European member states signed up to the EU digital COVID certificate program for the purposes of intra-EU travel, and it's up to each country to determine their own entry rules for visitors from outside the bloc. However, some countries such as France and the Netherlands, have said they will only accept vaccine certificates from international travelers (regardless of where they are traveling from) that show that the holder has received a COVID-19 booster shot—if more than nine months have passed since their last dose.

You might also like:
Explained: What do France's proposed new health pass rules mean for tourists?
Ireland relaxes entry rules as it scraps pre-arrival testing for some passengers
Why Americans are asked to have "contingency plans" in place for international travel

With more than 300 suggestions for destinations across Europe and the best time of year to experience them, this book is the ultimate trip planner for every month of the year.